Boughton Hall celebrated its 10th Anniversary this year with a reception held in the Main Hall on Thursday, 6th February, attended by many of the owners, several members of ERL, and the Deputy Lord Mayor of Chester. Prosecco and soft drinks were served, a celebration cake, which was cut by the Deputy Lord Mayor, was shared to mark the occasion, and ERL’s Chairman, Jim Pegg, was called upon to say a few words.

We hope those who were there enjoyed it. We look forward to the next ten years at Boughton Hall, and to holding similar celebrations at our other retirement communities. 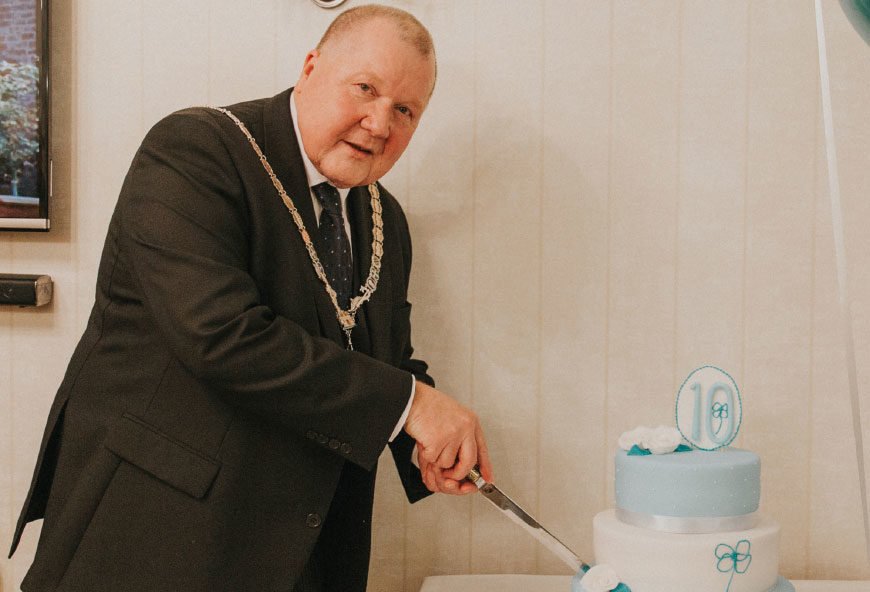